The Istanbul Grand Bazaar has more than 3,600 shops which are spread out over 64 streets, and there are 22 doors which give access to the market.

The origins of the Grand Bazaar go back to the time of Mehmed II, when in 1455 the old bazaar was built near his palace (Eski Bedesten). Just as in many other cities, artisan workshops sprung up around the building, creating a network nearby.

Little by little these buildings grew in number, and the streets were covered. Then the complex was walled in, creating the enormous market we see today.

Visiting Istanbul and not seeing the Grand Bazaar would be like traveling to Marrakech and not touring its souk. Its thousands of colourful stalls will keep you astounded for as long as you allow them to: hundreds of business owners are just waiting to haggle with you! Don't disappoint them - be sure to work them down and get the best possible price. 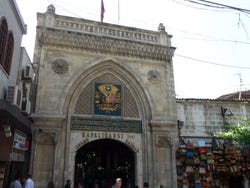 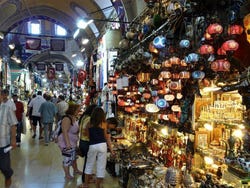 Between Nuruosmaniye, Mercan and Beyazit. 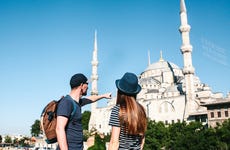