From this palace, the sultans governed the Ottoman Empire until the middle of the 19th century.

The construction of the palace began a little after Mehmed II took Constantinople. The initial palace was inaugurated in 1465, and over the decades that followed it was extended several times by the various governors.

In 1856 Sultan Abdulmecid decided to change the royal residence to the Dolmabahçe Palace, with a more western and modern style.

Over 700,000 square metres, the palace has four courtyards and several different buildings in its interior, including an armoury, kitchens, royal stables, treasury and much more.

In the same area (inside the walls of the palace) you can find the Archaeological Museum and several other buildings of interest.

Of the many different areas of the palace, one of the most important is the Treasury.

The Treasury has some of the most valuable objects in the world, such as the Spoonmaker's Diamond (a 88-carat diamond which belonged to the mother of Napoleon) or the Topkapi dagger (the most expensive weapon in the world, made of gold and encrusted with emeralds).

The hareem was where the Sultan, his family and a group of between 500 and 800 women of high cultural standing and with special talents, lived. The Queen mother was responsible for the Hareem.

To access the Hareem you must buy a separate ticket.

The Topkapi Palace is an obligatory visit in Istanbul. We recommend that you head there early, and visit the Treasury and Hareem first, both of which are the most popular sights in the complex, and get very busy as the day goes on.

Buy Tickets for the Topkapi Palace

The most convenient way to buy tickets for the Topkapi Palace is to do it online, this way you'll skip the line and the stress at the box office and you'll only have to worry about enjoying the visit. You can buy them on our website at the following link:

If you want to explore the palace with the help of a specialized guide who will let you in on little-known secrets and show you the most interesting hidden corners, we recommend checking out our guided tour of the Topkapi Palace at the following link: 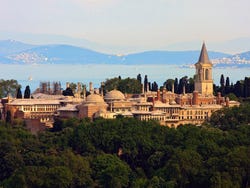 Views of the Topkapi Palace 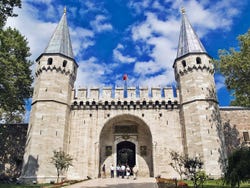 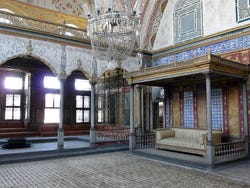 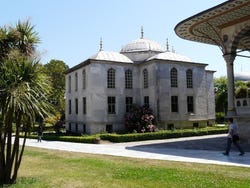 Eminönü, 34122 Cankurtaran. (climbing up from behind the Hagia Sophia)

Wednesday-Monday: 9 am to 6pm 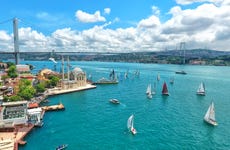